(2) A gaming distribution platform for Windows, Mac and Linux from Valve Corporation, Bellevue, Washington (www.steampowered.com). The Steam client installed in the user's machine is used for downloading, digital rights management and micropayments. Debuting for Windows PCs in 2003, a limited number of games is also available for Android, iOS and PlayStation. With more than 100 million active users and an inventory of more than 7,500 titles as of 2020, Steam accounts for the majority of video games downloaded to desktop systems.

Steam Machine
Dedicated Steam hardware from manufacturers such as Alienware, Syber and Maingear debuted starting at the end of 2015, along with a unique and highly customizable controller. A Steam Machine runs SteamOS, Valve's Linux-based OS. Because Steam Machines have not taken the world by storm, Alienware subsequently dropped its offering.

Steam Link
Steam Link is a device that enables Steam content to play on a large-screen TV. 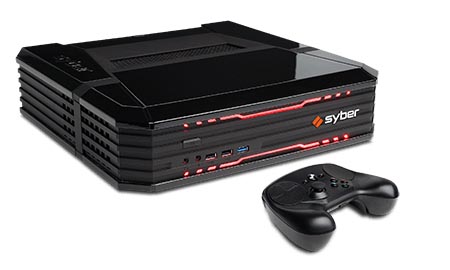 This Syber Steam Machine comes with the touchpad Steam controller and high-definition 7.1 onboard audio. (Image courtesy of CYBERPOWERPC, www.cyberpowerpc.com) 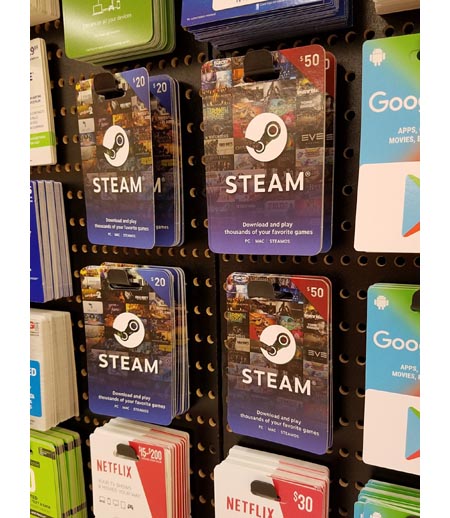 You can even find Steam gift cards in a supermarket, the platform is so popular.