A meme coin (theme coin) named after the Japanese Shiba Inu dog. It was introduced in 2020 and touted as the "Dogecoin killer," because the Dogecoin uses the Shiba Inu as its mascot. In 2021, Ethereum-creator Vitalik Buterin donated some 50 trillion SHIB to the India COVID-Crypto Relief Fund, worth more than $1 billion. See Dogecoin and meme coin. 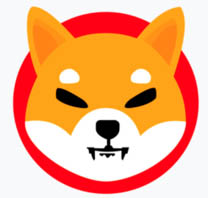 Crypto creators were charmed by the Shiba Inu breed; however, it did not bring them great fortune. SHIB dropped more than 75% soon after its all time high of $0.00008 in October 2021.

To maintain interest in following various cryptos, Alan Freedman, author of this encyclopedia, dabbles in tiny quantities of many coins. Freedman loves to mention his million+ shares of Shiba Inu to crypto novices; however, after people are initially impressed at the quantity, he does reveal their dollar value.