Samsung's first smartwatch that can operate stand-alone. Introduced in 2014, the Tizen-based Gear S has built-in 3G capability, and although it can work in conjunction with a Samsung Galaxy smartphone, calls can be made and received on the watch with its own phone number under the user's calling plan from the carrier. Like most smartwatches, several built-in watch faces are available. GPS navigation, 24-hour news and health apps are also standard. See Samsung Gear, Tizen and smartwatch.

Samsung's fourth smartwatch within two years, the Gear S was the first stand-alone watch phone with its own telephone number. 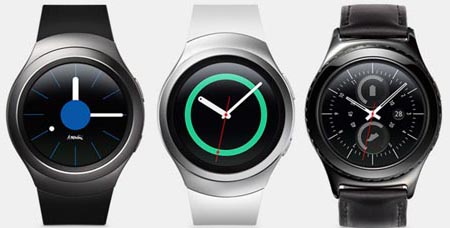 Switching to a rotating round bezel in 2015, the S2 comes in gray and silver as well as Classic (right). For smartphone connectivity, all models have Bluetooth, but the standard models (left and middle) are also available as "Gear S2 3G" stand-alone phones. In 2016, the Gear S3 changed the bezel style, increased the size 4mm and added more RAM and larger battery. (Images courtesy of Samsung Electronics Company, Ltd, www.samsung.com) 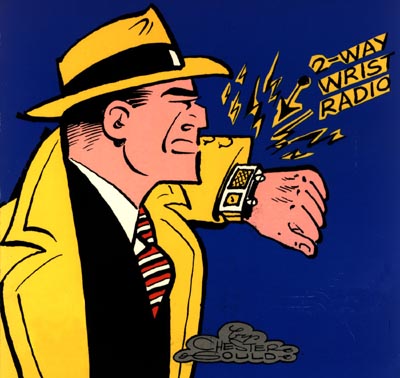