In 2011, the first Raspberry Pi prototype was the size of a flash drive with USB on one end and HDMI on the other. In 2012, the circuit board expanded to roughly 3x5 inches, and the $35 Pi 1 Model B was the first commercial product. The Model A followed soon after along with several improvements to the Model B. The $5 Pi Zero and $10 Pi Zero W (Wi-Fi and Bluetooth) are smaller units with fewer ports. See computer on a stick and IoT.

Priced at $35, the 3.3x5.3" Pi is the size of an external drive. Newer models have more ports and faster processors. (Image courtesy of the Raspberry Pi Foundation.) 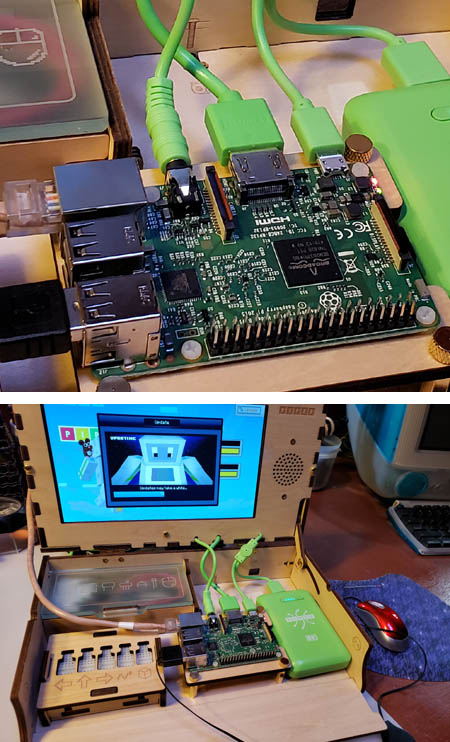