A transmitter/receiver that reads the contents of RFID tags in the vicinity. Also called an "RFID interrogator." The maximum distance between the reader's antenna and the tag vary, depending on application. Credit cards and ID badges have to be brought fairly close to the readers, somewhat like barcodes. For other applications, passive RFID tags can be read up to approximately 10 feet away, while active tags with batteries can be several hundred feet from the reader.

Linear vs. Circular Polarization
Linear polarized antennas transmit in a straight line, and their orientation to the RFID tags is critical. Such antennas are used for conveyer belts where tags can be adhered to the cartons in a consistent manner.

Circular polarized antennas radiate in a 90 degree pattern and are less sensitive to the tag's orientation on the package. The radio waves also move around obstructions better than linear antennas. See RFID, RFID tag, RFID printer and RFID-blocking wallet. 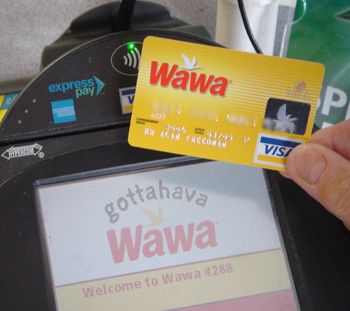 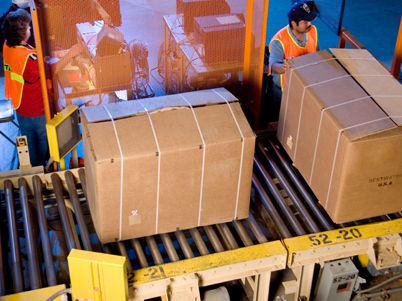 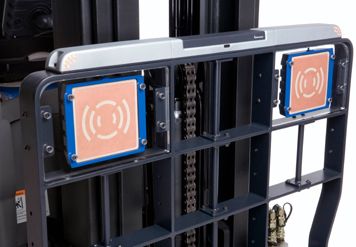 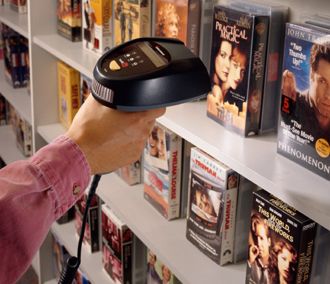 RFID tags are read by stationary and handheld readers. At the top, the reader antennas are the square, yellow units on the left. The forklift in the middle has its own readers, and handheld readers like the one at the bottom are used in both retail and warehouse applications. (Images courtesy of Intermec Technologies, www.intermec.com)