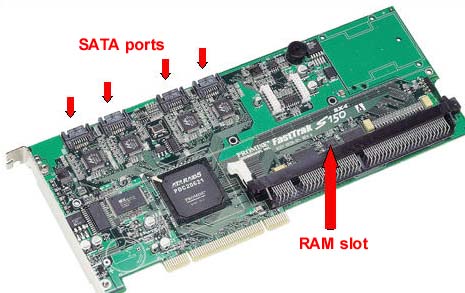 This RAID controller supports four SATA drives in a RAID 0, 1, 5 or 10 configuration. If a drive fails and another one is designated as a hot spare, the controller uses its on-board memory to automatically rebuild the data on the spare. (Image courtesy of Promise Technology, Inc., www.promise.com)