A computer architecture based on quantum mechanics, the science of atomic structure and function. Quantum computing is radically different from ordinary computers ("classical computing"). It can only solve certain problems, all of which are mathematically based and represented as equations. Quantum computer processing emulates nature at the atomic level and one of its more auspicious uses is the analysis of molecular interactions to uncover nature's mysteries. See quantum mechanics.

Computations Can Be Staggering
There are many problems that bog down even the fastest supercomputers because numbers tend to grow very fast. Take for example the classic traveling salesman problem, which attempts to find the most efficient round trip between cities. The first step is to compute all possible routes, and if the trip involved 50 cities, the result is a number 63 digits long. Whereas classical computers may take days or even months to solve such problems, quantum computers are expected to have answers in mere minutes or seconds. See quantum supremacy, quantum teleportation, binary values and rice and chessboard legend. 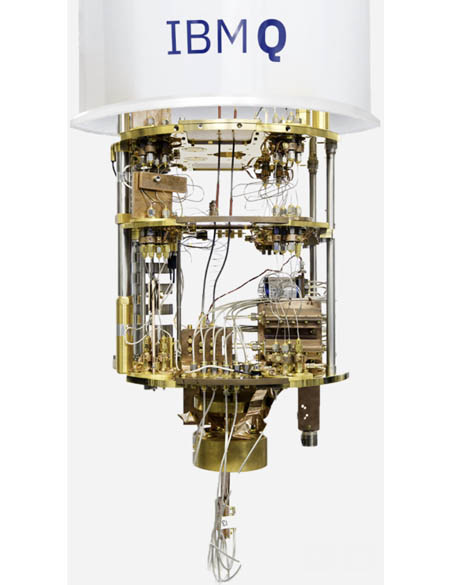 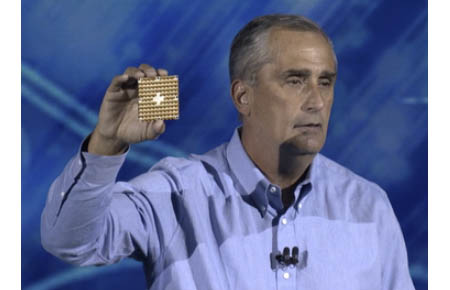 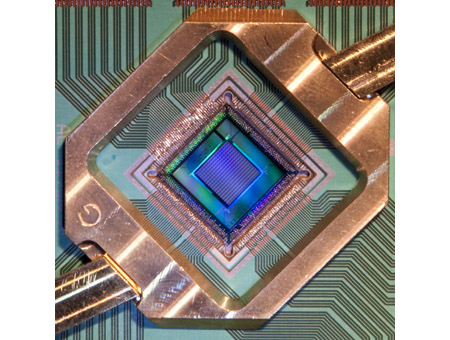 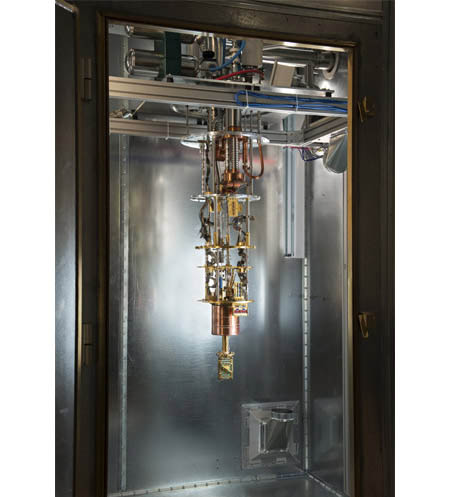 D-Wave's latest quantum annealing chip has 5,000 qubits. Like gate model quantum computers, a refrigeration system is necessary. Using liquid nitrogen and liquid helium stages from top to bottom, it keeps getting colder all the way down to minus 459 degrees Fahrenheit. (Images courtesy of D-Wave Systems, Inc., www.dwavesys.com)

A Potential Catastrophe
Eventually, quantum computers are expected to factor huge numbers and should be able to crack cryptographic keys in a matter of seconds. Scientists contend it is only a matter of time before this becomes a reality. When it does, it has menacing implications as every encrypted transaction as well as every existing cryptocurrency system in the world will be vulnerable to hacking. However, quantum-safe methods are also being developed. See quantum secure.

Around the World
As of 2020, the countries that are researching and investing in quantum computing are the U.S., Canada, Germany, France, U.K., Netherlands, Russia, China, South Korea and Japan.