A camera that takes and prints the photograph in one self-contained unit. For many decades, instant camera was synonymous with the Polaroid brand. For a while, Kodak offered an instant camera but was forced to stop production after Polaroid filed a patent infringement lawsuit. In the early 1980s, Fujifilm entered the instant camera market and has continued to offer products ever since.

How It Works
When a picture is taken, cyan, magenta and yellow color layers in the film are exposed to light. When it is pulled out of the camera, rollers squeeze a chemical strip at the edge of the film over the surface, which reacts with chemicals in the film to cause it to develop. 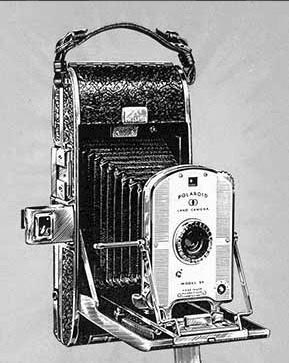 Invented in 1947 by Edwin Land, the Land Camera made its debut in 1948. (Image courtesy of PLR Ecommerce, LLC, www.polaroid.com) 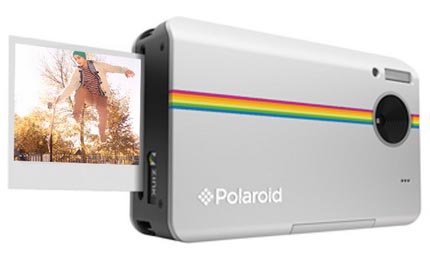