A premium Chromebook laptop computer from Google, introduced in 2013. Built by Google's Motorola subsidiary, the Pixel featured a high-res touchscreen and up to 64GB of SSD storage. Included were 1TB of Google Drive cloud storage for three years and a two-year data plan with Verizon (LTE cellular model).

Pixelbook
Debuting in 2017, the second-generation model, dubbed the Pixelbook, was a convertible laptop with SSD storage up to 512GB. The Pixelbook also fully supported Android apps, and Google Assistant was built in. The Pixelbook was the last of Google's Chromebook Pixel line. See Chromebook and Pixel C. 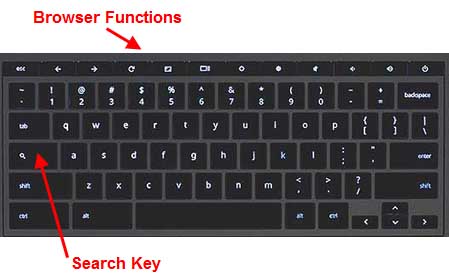 The backlit keyboard was specialized for the Chrome browser. For example, the top row contained common browser functions (Back, Forward, Reload, etc.), and the Caps Lock key was replaced with a Search key. (Image courtesy of Google Inc.)