(PHReak hACK) A popular online magazine (e-zine) for hacker information that began in 1985 on a BBS. Later shut down and then resurrected, Phrack editors decide which submissions should be published. Although number 63 was supposed to be its last issue, Phrack 69 was released in May 2016. See phone phreaking and hacker. 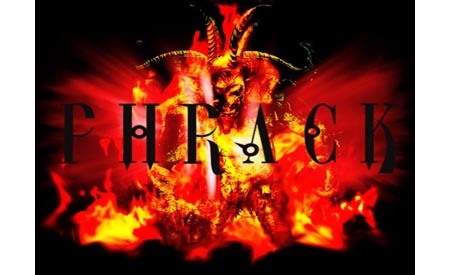 Over the years, Phrack has published articles that have become widely used by computer security professionals. (Image courtesy of Phrack, Inc., www.phrack.com)