A 17th-century calculating machine developed by French mathematician Blaise Pascal. After numerous prototypes, Pascal introduced his machine to the public in 1645. It could only add and subtract but gained attention because units were placed in prominent locations throughout Europe. The Pascaline inspired Gottfried Leibniz to invent his stepped drum cylinder, a major improvement that was used in calculators for centuries.

When accountants began using the Pascaline, fellow colleagues expressed grave concern that they might be replaced by technology! 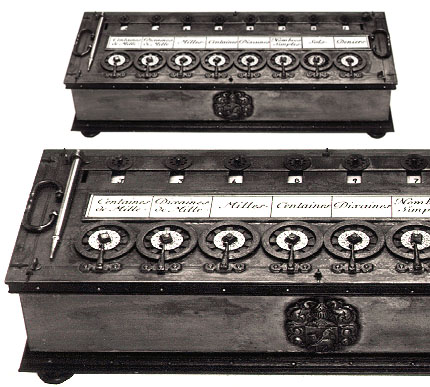 The Pascaline ushered in the age of mechanical calculators, which were greatly improved by the 18th century. Some nine units are known to exist today. (Image courtesy of The Computer History Museum, www.computerhistory.org) 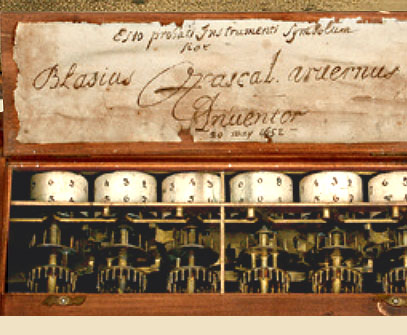