Redirected from: Parallel Desktop for Mac

Windows on the Mac Desktop
In the Mac, Windows can run full screen or in a window on the desktop. However, Parallels' "Coherence" is the smoothest mode of operation. Windows applications run in individual windows intermixed on the desktop with Mac applications. When minimized, Windows apps appear in the Mac Dock along with the Mac apps. The Windows Start menu can be set to autohide, leaving no trace of the Windows OS on the Mac desktop.

The Switch to Mac Edition of Parallels includes a USB transfer cable that connects the Windows and Mac machines together for the migration. See Boot Camp, Virtual PC, VMware Fusion and Parallels Workstation. 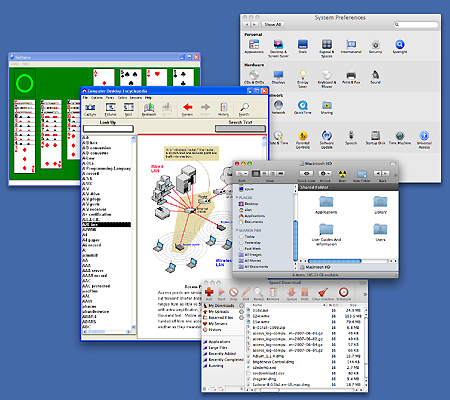