(2) (PlayStation 2) A popular video game console from Sony. DVD based and introduced in the U.S. in 2000 after great success in Japan, the first PS2 models came with a 128-bit, 300 MHz Emotion CPU. Also included was a MIPS R3000 chip for I/O handling and backward compatibility with the earlier PlayStation. During its reign, more than 100 million PS2s were shipped worldwide. 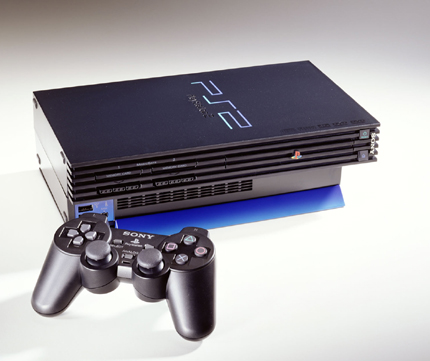