A small expansion card that holds a solid state drive (SSD) or communications controller such as Wi-Fi or Bluetooth. Due to their compact size, M.2 cards were initially deployed in laptops and tablets but later migrated to desktop computers. Modern motherboards include M.2 sockets, and adapters retrofit older computers (see below). Originally known as the Next Generation Form Factor (NGFF), M.2 supports PCI Express (PCIe), USB, SATA and other interfaces. See U.2, PCI Express, mSATA and Mini PCI Express. 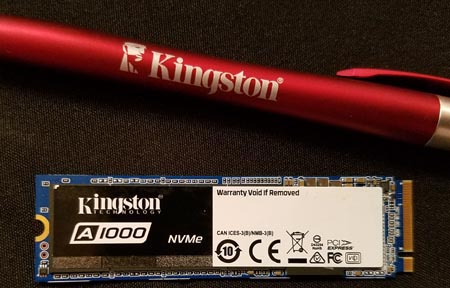 This 80x20mm M.2 card contains a terabyte NVMe SSD. M.2 cards containing NVMe SSDs that connect via PCIe are increasingly popular and have reached eight terabytes (8TB) as of 2020. The pen is for size comparison. See NVMe. 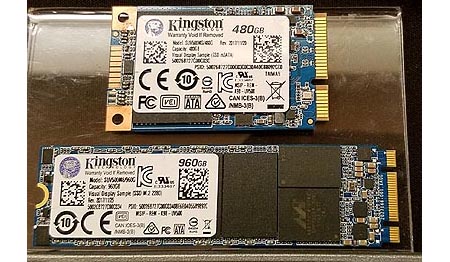 The 480GB SATA SSD (top) is on an mSATA card. The 960GB SATA SSD (bottom) uses the M.2 format, which has replaced mSATA in new products. 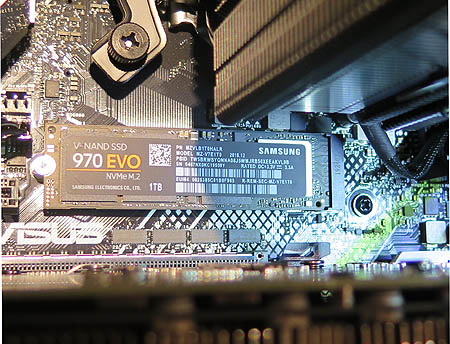 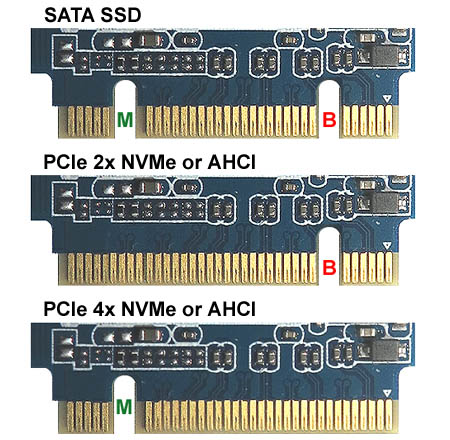 M.2 has 12 plug and socket "key" configurations to ensure that the motherboard supports the interface on the card. The M and B keys are the most popular. 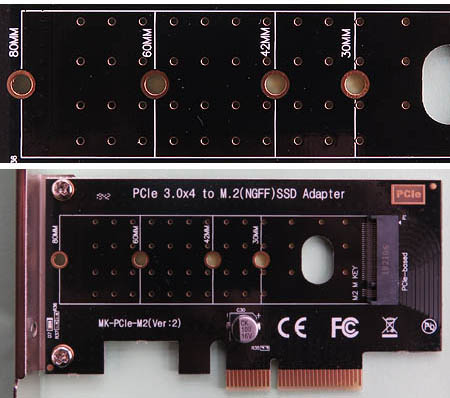 No problem. Insert the M.2 card into an adapter that plugs into a PCI Express (PCIe) slot on the motherboard. M.2 cards are 22mm wide by 30, 42, 60, 80 or 110mm long. After insertion, the card is bolted to the adapter (or motherboard) using the hole at the far end. See PCI Express.