(Mobile High-Definition Link) An interface that enables Android devices and streaming sticks to send media to, and draw power from, the TV. Devices can also be controlled via the TV's remote. Supporting 1080p resolution and 7.1 channel 192 kHz audio, MHL products began to ship in 2011. 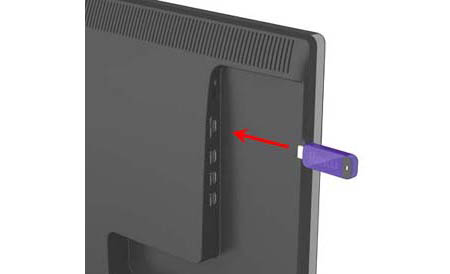 Plugged into an MHL-compliant HDMI port on the TV, the Roku Streaming Stick (Roku Ready version) draws its power from the HDMI port. See Roku. (Image courtesy of Roku, Inc.)

This Boxwave adapter (www.boxwave.com) plugs into the 5-pin Micro USB socket on the mobile device and into HDMI on the TV.

An 11-to-5 pin adapter is required to send signals from Samsung devices via MHL over HDMI or VGA to a projector or TV. The 11-pin Samsung version is slightly longer than the standard 5-pin Micro USB.