(2) (bricks and mortar) A Microsoft-owned retail outlet. The first stores opened in Scottsdale, Arizona and Mission Viejo, California in late 2009. As of 2020, there were more than a hundred stores in five countries. Demos and technical assistance were available, along with hands-on testing of PCs, smartphones, tablets, Xboxes, software and related products. In the summer of 2020, perhaps partially due to the COVID-19 pandemic, Microsoft announced all stores were closing permanently except for a handful in major cities that remain as "experience centers." 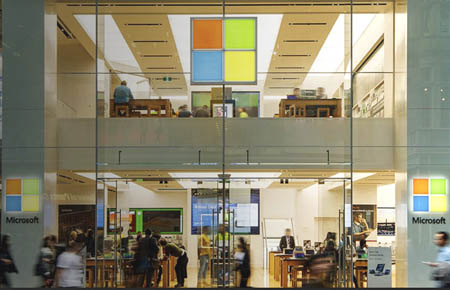