A Mashup Contest
Set up as a competition, the first "Mashup Camp" was sponsored by Adobe, AOL, Sun, Microsoft, Google, Yahoo! and others. It was hosted at the Computer History Museum in Mountain View, California in February 2006. The winning mashup was Podbop, which combined a concert event locator site with MP3 samples of the upcoming bands. Second place went to ChicagoCrime, which showed crime locations in Chicago by mashing up the crime data with Google Maps. 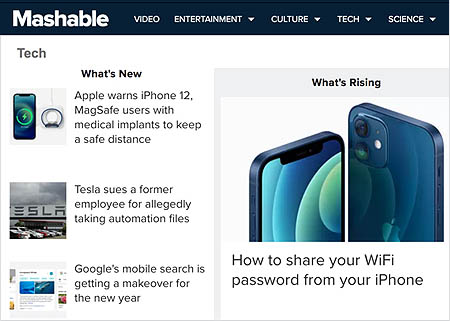 This excerpt is from the Tech section of the Mashable website, which debuted in 2005 at the time the mashup term was becoming popular. Two years later, it launched the International Open Web Awards to recognize outstanding online communities. Mashable covers tech, science, culture, entertainment and social good. In 2017, Mashable was acquired by Ziff Davis.