A 3D printer geared to the consumer. Starting with kits such as the MakerBot in 2009, fully assembled 3D printers later became available at prices below $2,000. By 2014, there were dozens of personal 3D printers on the market, with many under $1,000. 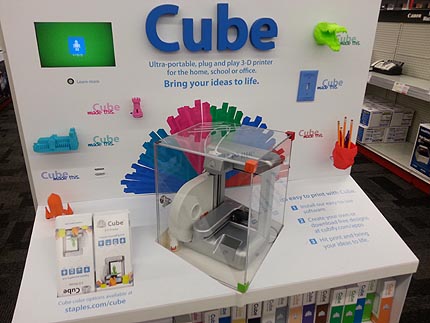