A multitouch gesture-based touchpad from Apple that debuted on Mac laptops in 2009 and became a stand-alone pointing device for desktop computers in 2010. The Magic Trackpad has all the features of Apple's Magic Mouse in a touchpad configuration.

For Windows But Limited
With some tech savvy, the Trackpad driver can be lifted out of the Mac's Boot Camp system; however, not all the gestures work on Windows PCs. In 2011, Logitech introduced a gesture-based wireless touchpad for Windows and followed up with enhanced models. See Magic Mouse. 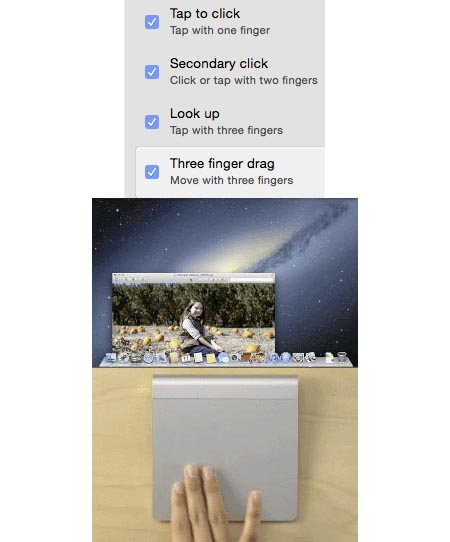 Apple's Bluetooth touchpad for the Mac is very popular because of its multitouch capability. This three-finger example was excerpted from the Mac control panel.