The first compact Mac. Introduced in 1989, the Portable was essentially a fast Mac SE desktop computer with a floppy disk and optional 40MB hard disk. It had a 16 MHz Motorola 68000 CPU, 1MB of RAM and monochrome LCD screen. Not terribly popular, the machine was heavy and cost $6,500. See MacBook, PowerBook, iBook and Mac computer. 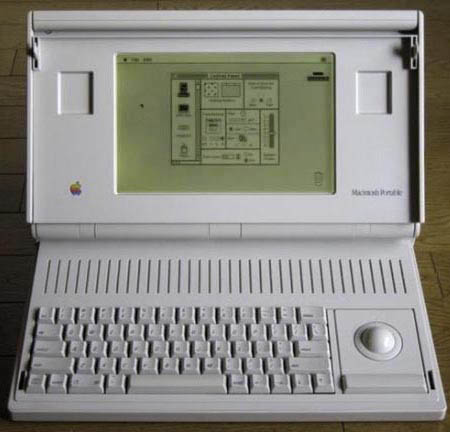 Although more compact than the desktop SE, the 16-pound Portable weighed only about a pound less because of its heavy lead acid battery. (Image courtesy of NeonCluster.com.)