A device that enables a digital music player to work through an automobile's audio system. Generic MP3 car adapters work with all players, including iPods; however, there are many car adapters designed for only the iPod (see iPod car adapter).

MP3 car adapters plug into the player's headset jack, which outputs analog sound. Such adapters work with not only MP3 players, but with any music source such as a portable CD or tape cassette player, or even a laptop computer.

Direct Connections
The best type of MP3 car adapter is a direct connection to the car's audio system. Already existing buttons on the dashboard and steering wheel can be used to control the volume and other sound processing; however, they cannot control the track selection on the player.

Many new cars have an auxiliary audio input socket on the dashboard for this purpose, labeled "AUX," "Audio" or "Media." It is also possible to retrofit older cars with direct connections, depending on model; for example, a CD changer port can sometimes be used. After-market stereo and navigation systems typically have an auxiliary input, which is wired to a socket that is mounted on the dashboard. 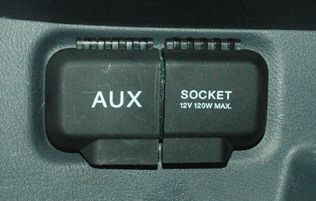 This auxiliary audio input jack was standard equipment on a 2005 Honda Element. Such direct connections enable any portable audio player to play through, but not be controlled by, the car's sound system (see iPod car adapter). 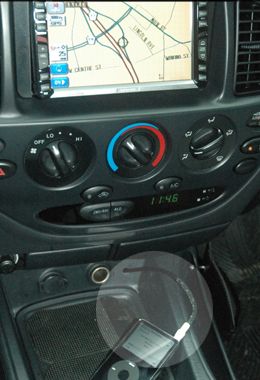 An Eclipse navigation system was added to this vehicle, and a permanent cable was attached to the unit's auxiliary input and fed out through the console. Although it is plugged into an iPod, it can plug into the headset jack of any portable player. 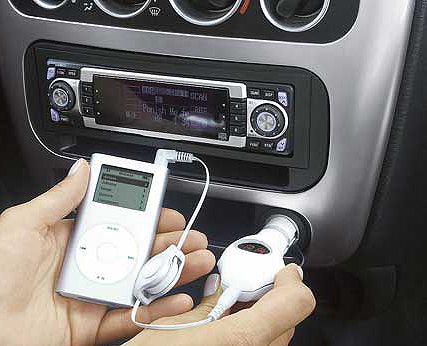 FM transmitters send FM radio signals into the car's interior, which are picked up by the car's FM antenna. The greater selection of FM channels, the better chance of finding an effective one, especially when traveling long distances. Although an iPod is shown with this unit, the iPod's output is coming from the headset jack like any other MP3 player, CD or tape player. (Image courtesy of DesignTech International, www.designtech-intl.com) 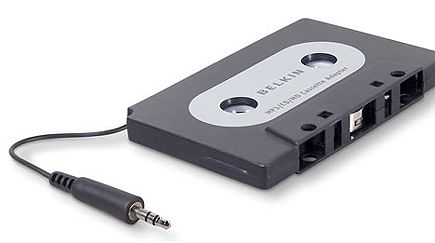 Containing no tape inside, the cassette adapter converts the analog output of the MP3 player to magnetic signals, which it directs to the tape head. Cassette adapters work with most, but not all tape players because some decks require real tape in the cassette to function. (Image courtesy of Belkin Corporation, www.belkin.com)