Reminiscent of the Teledesic project in the 1990s that attempted to form a network of satellites for Internet access, Project Loon was a system from Alphabet aimed at providing affordable Internet to everyone in areas with no access or very slow access. Test trials began in New Zealand in 2013; however, in 2021, Alphabet announced that the project was no longer sustainable.

Using helium balloons traveling in wind currents several miles above airplanes and weather, solar-powered radios were expected to bounce 4G cellular signals from earth stations to users on the ground at about 10 Mbps. To extend the distance, balloons would transmit to other balloons, each one lasting about six months. See Teledesic. 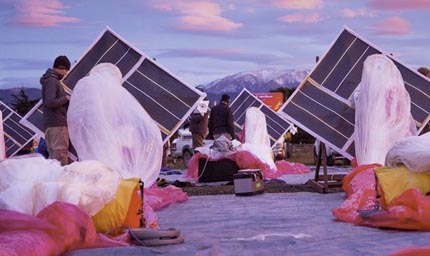 Workers unfurl the balloons to get them ready to launch into the stratosphere. (Image courtesy of Alphabet). 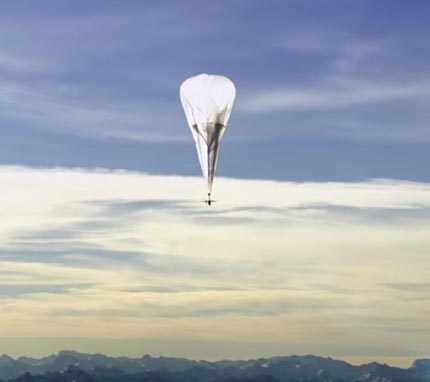 Each balloon was expected to cover an area about 35 miles in diameter. (Image courtesy of Alphabet).