Active Management Technology (AMT)
AMT is hardware-based remote systems management, which was the original. Using a third-party management console such as OpenView or LANdesk, system administrators can wake up, inventory, diagnose, repair and push security updates and patches to all vPro systems in the network.

The AMT chipset provides an out-of-band communications channel that works no matter what functioning or non-functioning state the OS is in. It provides a non-volatile memory for critical system data that cannot be compromised, and it has the ability to isolate a PC from the network if threatened or infected. See x86 chip platform and Intel Core. 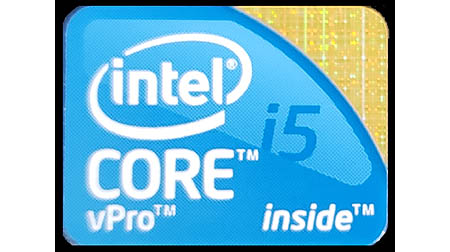 Intel has promoted vPro whenever possible as in this label on a Lenovo laptop.