In 2012, China-based Rikomagic introduced the MK802 computer. Only 3.5" long with an ARM CPU and 512MB of RAM, it debuted at $74, making it the least expensive computer on a stick. (Image courtesy of Rikomagic.) 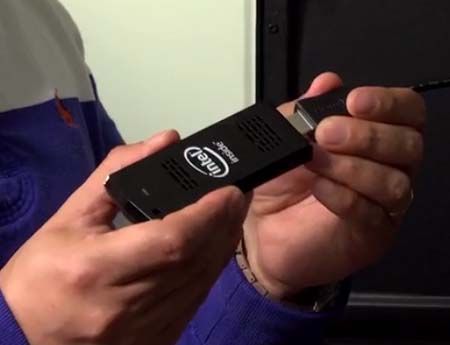 In 2012, FXI Tech launched the ARM-based Cotton Candy in Europe for $200. Three inches long with 1GB of RAM, the FXI could plug into a Mac or Windows PC and use the computer's mouse and keyboard. In 2014, the company went under. (Images courtesy of FXI Technologies)