A computer architecture in which the program's instructions and the data reside in separate memory banks that are addressed independently. Named after the Mark I computer at Harvard University in the 1940s, a pure Harvard architecture can execute instructions and process data simultaneously, because each has its own address bus. 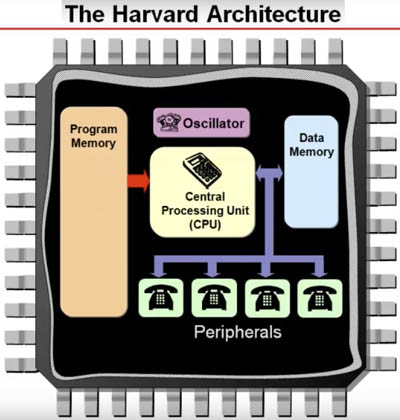