China's closed Internet. Starting in the early 2000s, China closed its Internet to most of the outside world. The Great Firewall of China was coined from the Great Wall of China, the series of walls built to protect territories starting in the 7th century BC. 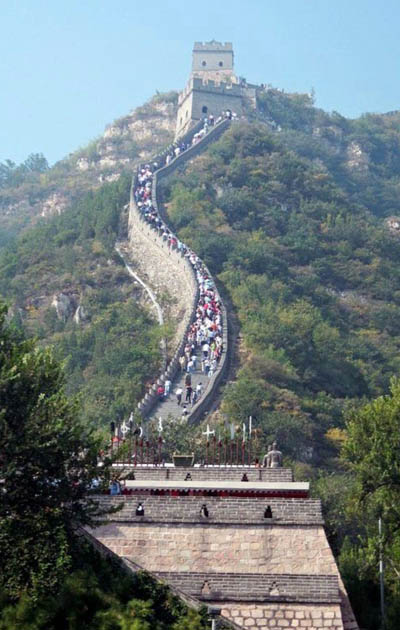 Although 5,500 miles in total length, the stone walls plus a couple hundred miles of trenches extend a little more than 4,000 miles. The remainder is made up of hills and rivers that create natural boundaries. (Image courtesy of Stephen Richman.)