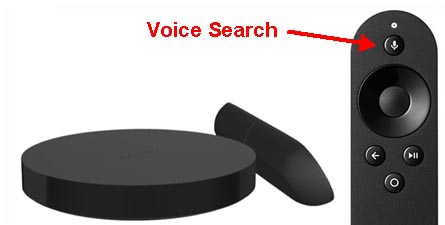 The Nexus requires a TV set with HDMI input, and the remote control's voice search is used to find content. (Images courtesy of Google.)