(1) For the Samsung smartwatch with a built-in phone, see Samsung Gear S.

(2) The Gear is a smartwatch from Samsung. Debuting in 2013 as the "Galaxy" Gear and renamed Samsung Gear in its second generation, the watch is not a stand-alone device. The Gear communicates back and forth with Android smartphones that have Android Version 4.3 (Jelly Bean) and higher. However, the first two generations work only on selected Samsung Galaxy models, whereas the third-generation Gear Live works with all Android hardware.

With a 1.6" screen and 4GB of storage, the operating system in the watch changed in each of four generations, from Android to Tizen to Android Wear, and back to Tizen. The watch is controlled by the Gear Manager app in the phone, and via touch or voice, users make and answer phone calls, view notifications, control their music, check weather, set alarms and create calendar entries. See Tizen and Wear OS.

Gear 2, Neo, Fit and Live
Introduced in 2014, the second-generation Gear 2 moved the camera lens from the band to the body of the watch. The Gear 2 Neo is a camera-less plastic unit, and the Fit is a sports model. Starting with the second-generation, Gears are dust proof, water resistant and include a heart rate monitor. 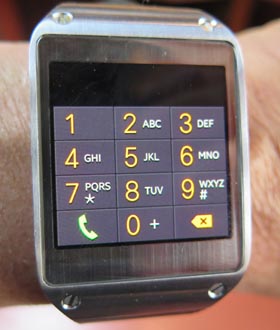 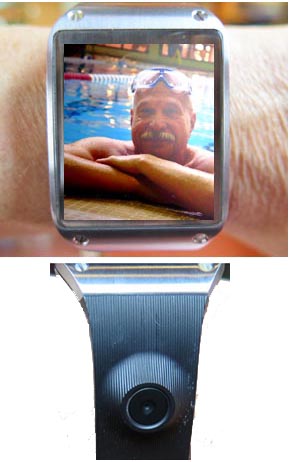 The camera lens on the first Gear smartwatch was on the band. It was moved to the watch body on the Gear 2. 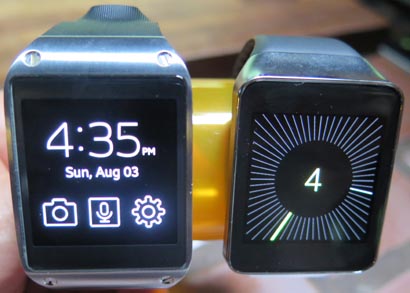 A major change from the original (left), the third-generation Gear Live (right) eliminated the phone dialer and camera altogether.