A feature of the earlier Aero interface in Windows that displayed the desktop and open apps in 3D. Pressing Windows key + Tab key invoked Flip 3D, and continually pressing Windows-Tab rotated the windows from back to front. Any window playing video continued to show movement even as the windows were rotating.

Alt-Tab Lived On
Pressing Alt-Tab to move from program to program still existed and was the only method available in computers not powerful enough to run Aero. Starting with Vista, Alt-Tab displayed thumbnails of open applications rather than only icons as long as the computer had sufficient horsepower to support it. See Aero and Windows Experience Index. 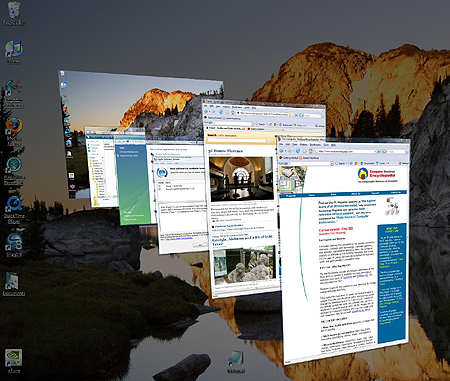