Also included was unlimited Amazon cloud storage for photos taken with the Fire's 13-megapixel camera. The phone could be autoscrolled by tilting it, and flipping the device rendered an auxiliary screen with more menus and functions for the app in use. Like the Fire tablets, apps came from Amazon's app store (see Fire tablet). 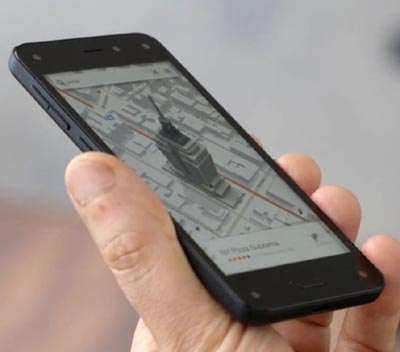