A conference on net neutrality and related issues. Developed by telecom consultant David Isenberg and sponsored by various organizations including the Internet Society and Media Democracy Fund, Freedom to Connect (F2C) began in 2005 in Silver Spring, Maryland. In 2015, the meeting was held in New York. Attracting prominent keynote speakers, such as Vint Cerf, Lawrence Lessig and Tom Friedman, as well as dozens of distinguished experts in the field, F2C has been a superb public symposium for Internet freedom. See net neutrality. 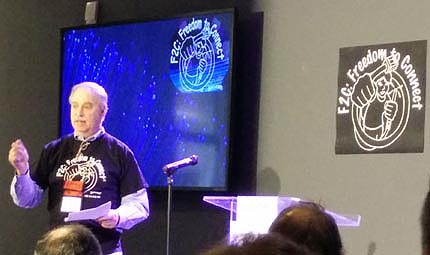 The March 2015 meeting in New York was very timely as the FCC rulings were positive for net neutrality only a few days before.