(Electric Vehicle 1) The first electric vehicle produced in quantity in the U.S. General Motors modeled the EV1 after its Impact electric vehicle concept car that it unveiled in 1990 at the Los Angeles Auto Show. California's new zero-emissions regulations were also incentive. From 1996 to 1999, GM leased more than a thousand EV1s in Arizona and California. See electric vehicle. 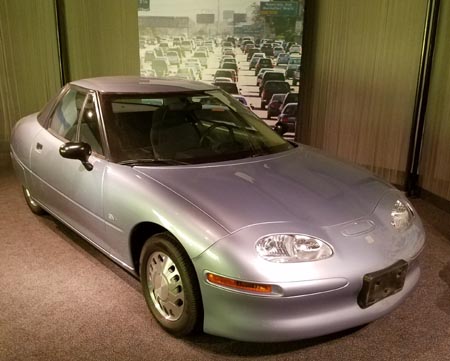 Although the range was less than 140 miles, the car was ahead of its time; however, it was perceived to be unprofitable for the near future and abandoned.