A mobile app that is used to take and share short videos. TikTok has become a showplace for people to exhibit something silly or their "amazing talent," but in a hurry, because the video lasts only from three to 15 seconds. It can however repeat for up to one minute, and background music can be edited. Extremely popular, TikTok was one of the most downloaded apps in the 2010s. Created by Chinese developer ByteDance Ltd., the Chinese version named Douyin was launched in its native country in 2016. A year later, TikTok was introduced internationally. See Zynn. 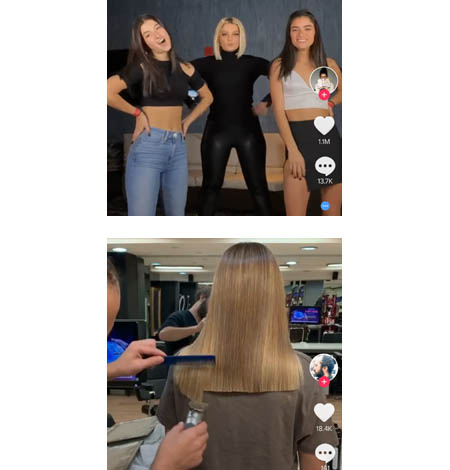 Generally a lot of singing and dancing, TikTok users perform many pranks and antics, as well as show unpretentious events such as trimming hair. TikTok learns user's preferences and strives to deliver clips they will enjoy.