A brand of portable audio players and recorders from Sony. In 1979, Sony introduced the Walkman audio cassette player and created a revolution. Hundreds of millions of Walkmans were sold, and the tape-based device was the progenitor of all the portable tape and disc music players that followed. 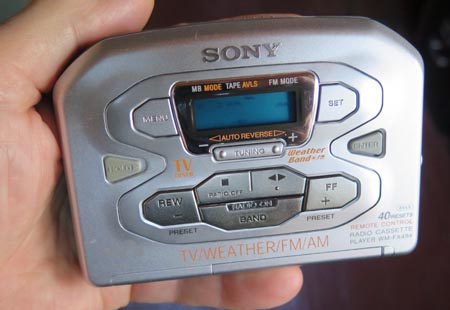 This later model Walkman included an AM and FM radio, weather channel and TV audio as well as a wired remote control with a 30" cable.