An analog calculator built in the 1930s by Vannevar Bush at MIT. Designed to solve differential equations, it was used in World War II to calculate ballistics tables that showed the trajectory of a projectile over distance. Containing more than a thousand gears, the machine took up an entire room. It was tediously programmed by physically changing the gears with a screwdriver and wrench, and the output was displayed as graphs. As the gears wore over time, the machine introduced inaccuracies, yet it was a remarkable breakthrough and the fastest computational tool of its kind. No more than a dozen Differential Analyzers were built. 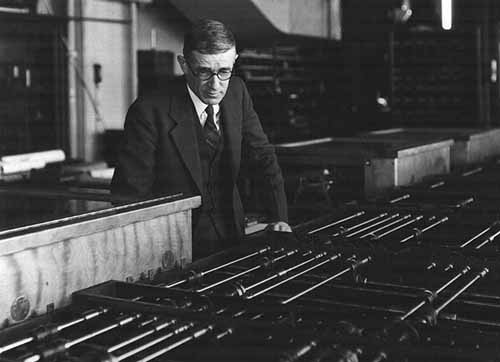 Although programmed with a screwdriver and wrench, Bush's Differential Analyzer was a breakthrough in its time. (Image courtesy of The Computer History Museum, www.computerhistory.org)