A 3D printer technology from 3D Systems. Originally developed by Desktop Factory, Inc., an IdeaLab company founded in 2004, it was acquired by 3D Systems in 2009. The Desktop Factory was designed to be the first, very affordable 3D printer at a breakthrough price of US $4995; however, as of the end of 2010, it had not come to market. Today, entry-level 3D printers cost considerably less. 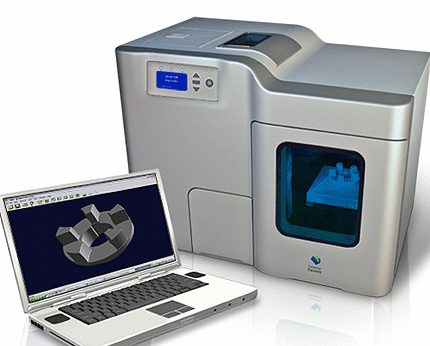 The Desktop Factory fuses 10 mil layers of powdered plastic by light, somewhat like a laser printer. Targeted at $1 per cubic inch, it is also designed to be a breakthrough in the cost of consumables. (Images courtesy of Desktop Factory, Inc., www.desktopfactory.com)