(1) (Digital Video) A generic term for video in the digital domain.

(2) (Digital Video) A digital videotape format introduced in 1995 for camcorders. Over the years, DV was widely used in both consumer and professional applications, and the small MiniDV cartridge was very popular in handheld units. However, tape-based camcorders have given way to camcorders with hard drives, SSDs and flash memory cards.

DVCAM and DVCPRO
Soon after DV debuted, Sony and Panasonic introduced variants geared to make professional editing easier (see DVCAM and DVCPRO). Tape width and encoding formats are the same, and cartridges are mostly interchangeable. In pro models, quality camera lenses and electronics made the difference.

DV Is Standard Resolution (SD)
DV records 720 horizontal pixels and 480 interlaced lines of standard resolution in countries with 60Hz electric current and 576 lines for 50Hz. High-definition versions of DV with 720 and 1080 lines are the official HDV standard and Panasonic's DVCPRO HD (see HDV and DVCPRO).

Compression and Specifications
Depending on the motion content of the scenes, DV provides about a 5:1 compression. It uses the same DCT algorithm as MPEG for compression, but it is easier to edit because each frame is compressed independently without relying on the prior frame (intraframe compression).

Based on the IEC 61834 standard, DV tape moves at a constant rate of 18.8mm per second, providing a data rate of 25 Mbps. The SMPTE 314 standard supports 25 Mbps and provides 50 Mbps for studio use. See Micro DV and SD formats. 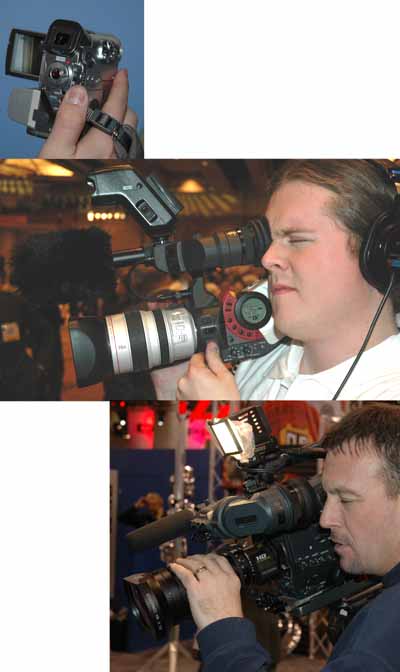 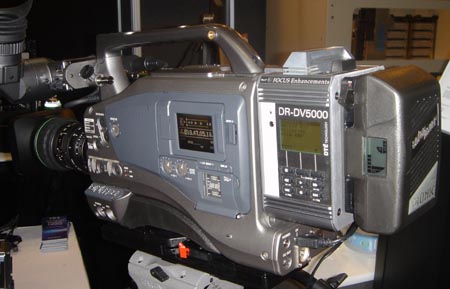