A mechanical calculator that was made from 1887 to the mid-1970s. The Comptometer was the first push button calculator and also the first calculator to achieve commercial success. It could perform addition, subtraction, multiplication and division. Because each key depression accumulated the total, an operator could press multiple keys at the same time making it an extremely fast machine. The name became synonymous with all mechanical calculators. See calculator. 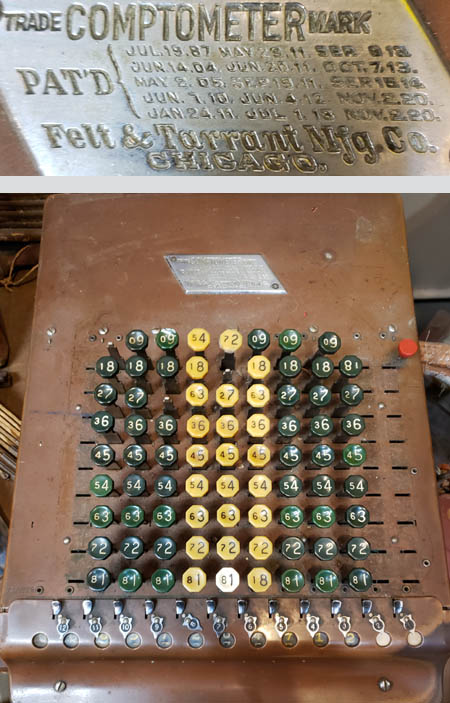 In 1887, Dorr Eugene Felt and Robert Tarrant partnered to make the machine Felt invented. The patent dates on this model start with July 1887 and end with November 1920.