(6) (computer chip) A set of microminiaturized electronic circuits fabricated on a thin slice of semiconductor material. The most amazing technology, the chip is the driving force in this industry, and it resides in nearly every electronic device on the planet. Officially an "integrated circuit" (IC), unpackaged ICs look like tiny "chips" of aluminum. While most chips contain only digital circuits, some are analog only, and some are mixed analog and digital (see mixed mode). Billions are made every year, and the various types are described below. 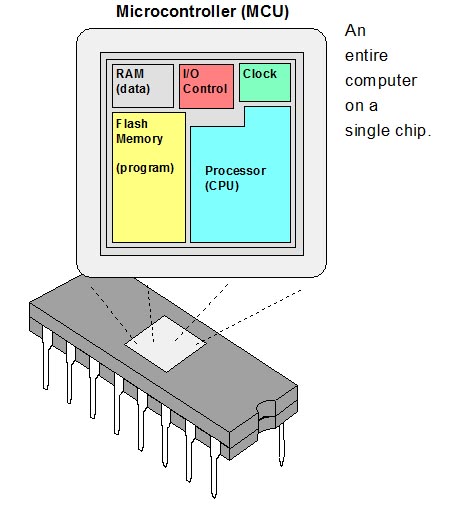 The central processing unit (CPU) is the primary logic chip in every computer or computer-based device. Also called a "microprocessor," the CPU is a general-purpose machine because it follows instructions in software and thus can perform countless different tasks. If there is no CPU in a device, it cannot really be called a computer. See CPU and microprocessor.

In 1947, the semiconductor industry was born at AT&T's Bell Labs with the invention of the transistor by John Bardeen, Walter Brattain and William Shockley. The transistor, fabricated from solid materials that could change their electrical conductivity, would eventually replace the bulky, hot, glass vacuum tubes used as electronic amplifiers in radio and TV and as on/off switches in computers. By the late 1950s, the giant first-generation computers gave way to smaller, faster and more reliable transistorized machines. See transistor. 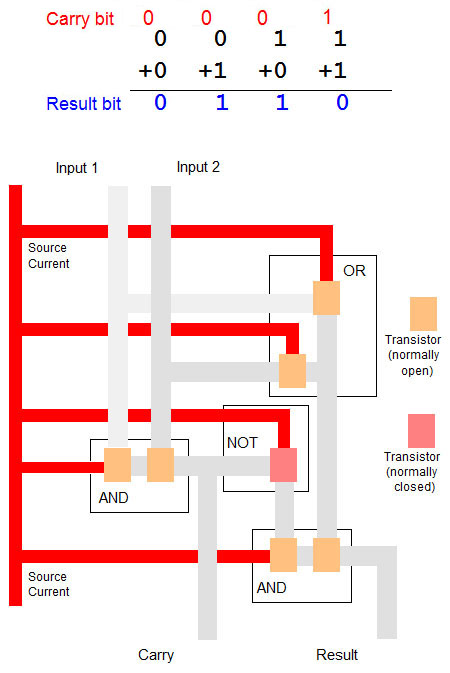