A 3D virtual reality headset constructed of cardboard, introduced in 2015. Designed by Google and made by third parties, Cardboard holds an Android smartphone and uses the Cardboard app or a third-party app to display a stereoscopic view. The app is controlled by head movement and the smartphone's built-in accelerometer, as well as a magnet slider on the unit that interacts with the phone's magnetometer. See accelerometer, virtual reality and Daydream VR. 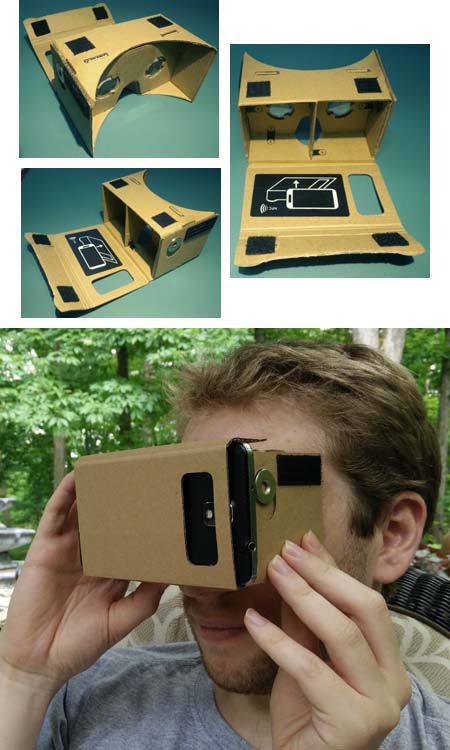 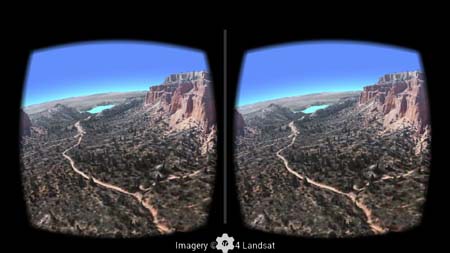 This is a Cardboard holder from Planetz Tech and a Galaxy Note 3 phone. The current scene is from Google Earth, which is one of the demos in the Google Cardboard app. The silver circle on the left side is the magnet slider.