A tiny ARM and Linux-based single board computer from Next Thing Company. Styilized with periods (C.H.I.P.), the CHIP computer was designed for hobbyists and following in the footsteps of Raspberry Pi, CHIP was touted as the world's first $9 computer. If a monitor does not have a VGA or HDMI input, an adapter is required. In addition, a keyboard and mouse are necessary, all of which bump up the $9 price to make it useful. Preinstalled with dozens of apps, ports include USB, Micro USB and a versatile 3.5mm TRRS port for audio and 720p video. Featured in a 2015 Kickstarter campaign that drew overwhelming response, the CHIP computer began to ship in 2016. Raspberry Pi was much more popular, and two years later, the company went out of business. See Raspberry Pi. 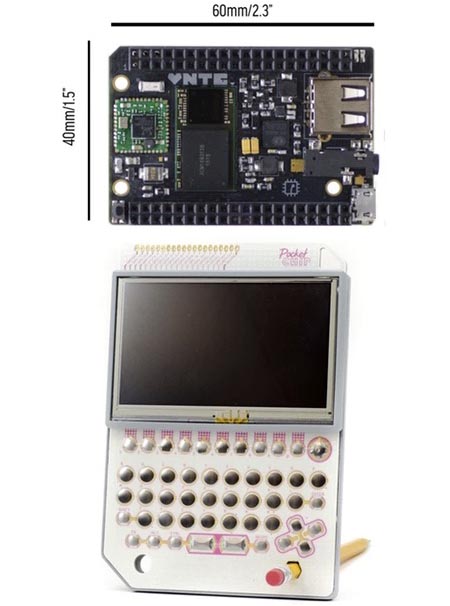 The PocketCHIP. (bottom) option added a 4.3" touchscreen, QWERTY keyboard and battery to the CHIP. (Images courtesy of Next Thing Company.)