Apple Watch 8
In 2022, the Apple Watch 8 provides crash detection and a skin temperature sensor for ovulation estimation. With a change in case colors, a new low power mode enables the watch to last up to 36 hours. Also in 2022, Apple debuted its ruggedized Ultra watch (see Apple Watch Ultra). 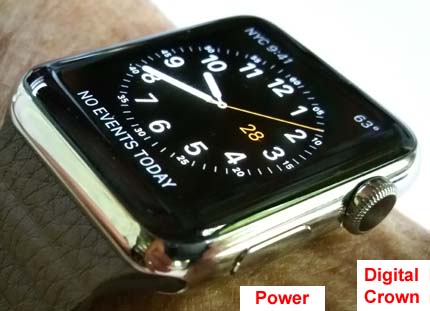 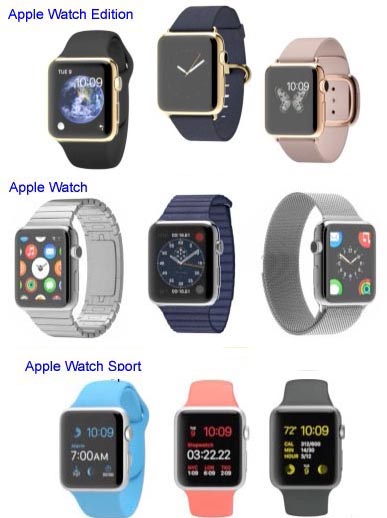 With more than 40 models, no smartwatch ever debuted with such variety. Plastic bands were used on the aluminum Sport line (bottom), but the stainless steel Watch line (middle) had several band styles. The Edition line (top) featured gold-plated cases and a $17,000 solid gold model. (Images courtesy of Apple Inc.)

In 2016, the second-generation Edition switched from gold to ceramic cases at a lower price. Nike and Hermes models were added. Ever since, Apple has introduced many variations. (Images courtesy of Apple Inc.) 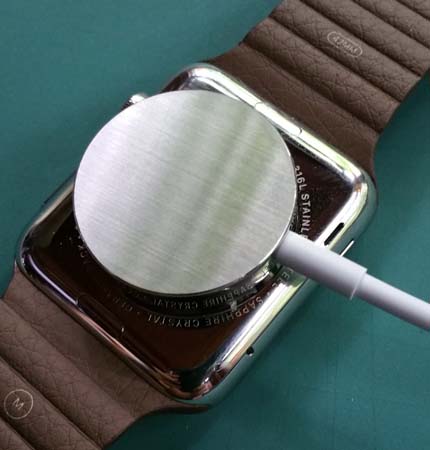 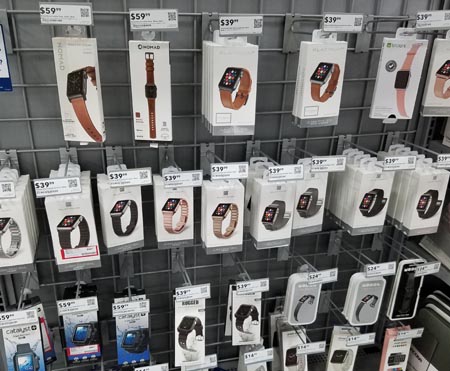