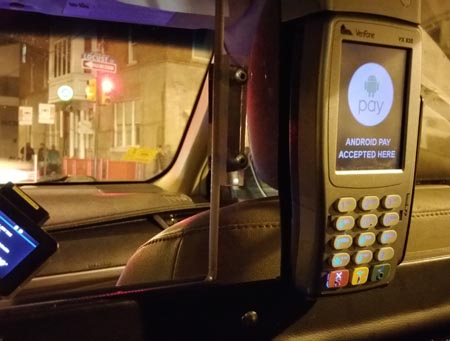 In 2015, riders could pay their fare with Android Pay in a Philadelphia taxicab. In 2018, Android Pay became Google Pay.