The hands-free integration of Android devices into a vehicle's in-dash head unit. Governed by the Open Automotive Alliance and starting with Android Version 5.0 (Lollipop), Android Auto lets drivers and passengers use Google to ask a question, employ Google Maps and play music via Google and other compatible apps. Introduced in 2014, cars began to deploy Android Auto in 2015. Contrast with CarPlay. See Android Automotive. 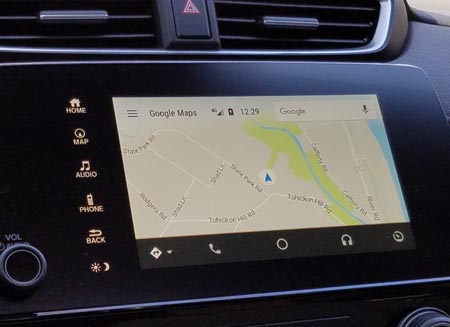 Cars with Android Auto give the driver a display of Google Maps that is larger than the small screen on a smartphone. This Honda actually has its own built-in navigation system but also supports Android Auto and Apple CarPlay.