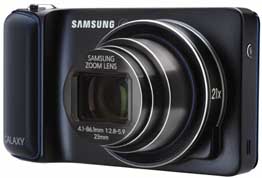 In 2012, the Samsung Galaxy was one of the first Android cameras. Including Wi-Fi and 4G, it offers 65 image editing features, and its 4.8" screen makes it a usable photo album. (Image courtesy of Samsung Electronics Company, Ltd., www.samsung.com) 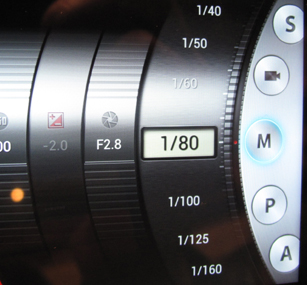 These are "virtual dials" on the Galaxy's touchscreen. The Samsung Galaxy delivers a very sophisticated user interface.