A grocery delivery service from Amazon.com. Launched in 2007, there is an additional monthly fee on top of Amazon Prime membership that enables groceries and items from local shops and restaurants to be delivered to members in select cities. The first city was Mercer Island, Washington (a suburb of Seattle). 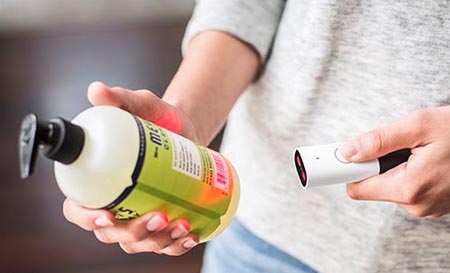 The Amazon Wand is available to fill a grocery shopping cart by voice or by scanning barcodes. It can also provide recipes. (Image courtesy of Amazon.com.) 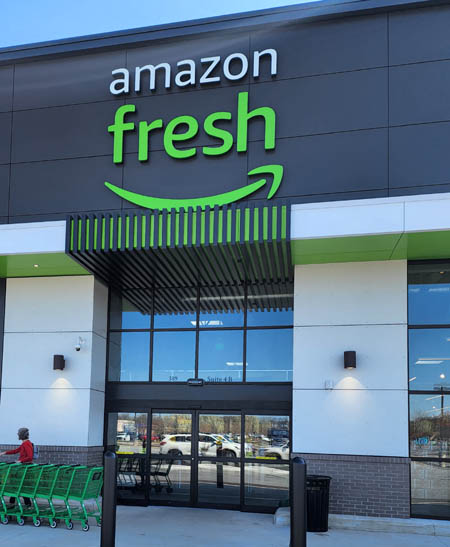 In 2020, physical stores under the AmazonFresh banner were opened starting in Los Angeles, Chicago, Philadelphia, Seattle and Washington D.C. This one is in Warrington, Pennsylvania.