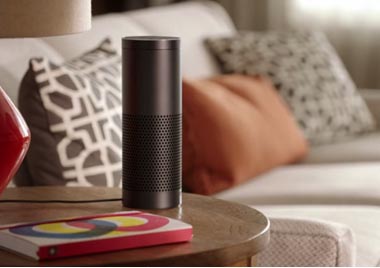 This was the first Echo, which is 3" taller than all subsequent Echo models. The Plus includes a ZigBee smart home hub, and the Studio is a high-fidelity model with five speakers. See Echo Studio and Bluetooth speaker. (Image courtesy of Amazon.com.) 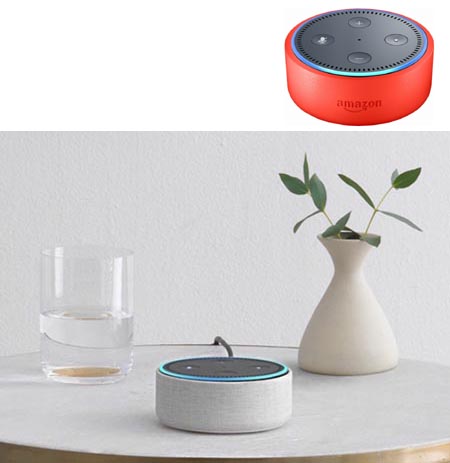 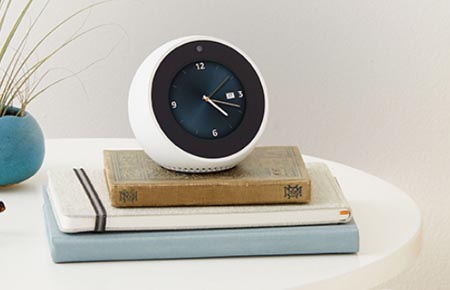 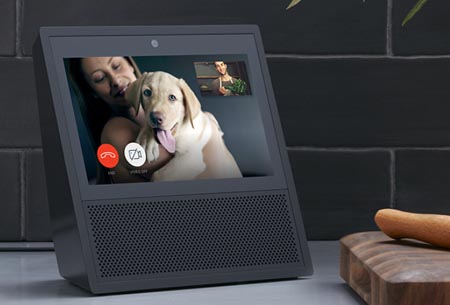 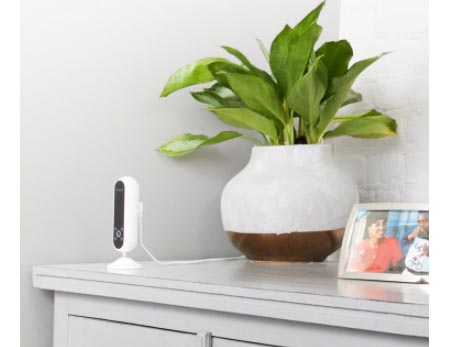 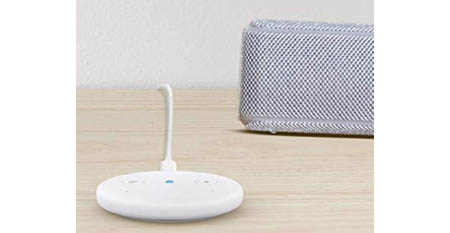 The Input adds Alexa to your existing speaker either via Bluetooth or a 3.5mm cable. (Image courtesy of Amazon.com.) 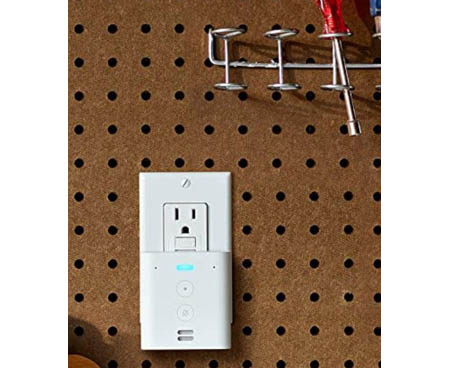 The Flex is a wall-mounted Echo with a USB port. A third-party night light plugs into the bottom of the Flex. (Image courtesy of Amazon.com.) 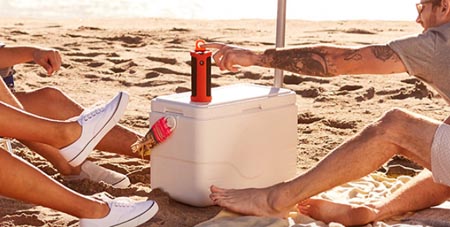