An Amazon Echo (Alexa) device with a screen. Debuting in 2017, five new Show models have been introduced. The visual output of the Show enables video calls, video playback and the convenience of reviewing and changing settings on the device rather than the Alexa app.

In 2021, the 3rd-generation Echo Show 10 dramatically improved the sound, and the camera keeps callers centered on screen. The 2nd-generation Show 8 was also upgraded in 2021 with the better camera and speakers, and although it does not move, it frames and centers the caller for video sessions. In 2021, a wall-mounted 15" model was introduced. Following are the Echo Show models. See Amazon Echo. 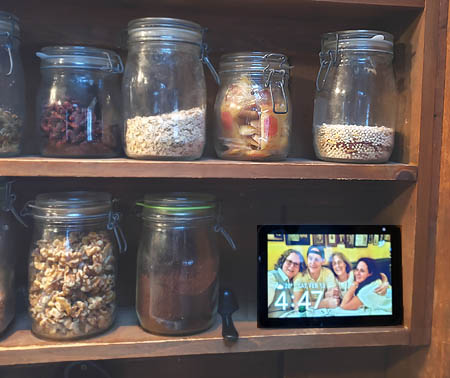 The Show models are often found in the kitchen to record and display a grocery list. This Echo Show 8, like other Show models, supports both wired and wireless connections to the Internet. 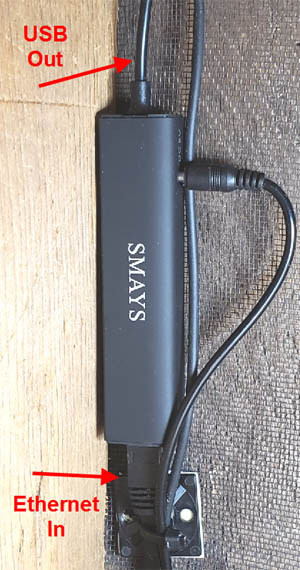 The Echo Show in the above example has Wi-Fi turned off and reaches the home network via an Ethernet cable. This adapter converts Ethernet to USB and connects to the Show via the Micro USB port in the back of the unit. The third wire powers the adapter.