Founded in 1885 as American Telephone and Telegraph Corporation, a wholly owned subsidiary of American Bell Telephone Company, its telephone service, eventually reaching coast-to-coast, made it the largest corporation in America. Nearly a century later on January 1, 1984, AT&T was relieved of its operating telephone companies by Federal court order. The company went through a major change from the world's largest government-regulated monopoly to a competitive enterprise. Articles about "Divestiture" in the telecom world refer to this breakup.

For a short while, AT&T dabbled in the PC market, but in 1991, it acquired NCR, one of the first computer companies. AT&T changed NCR's name to AT&T GIS. In 1996, intentionally this time, AT&T created a "Trivestiture" by dividing itself into three independent companies: (1) AT&T for telecommunications, (2) Lucent Technologies for manufacturing and (3) AT&T GIS for computers, which restored the NCR name (see Lucent and NCR).

In 2001, AT&T spun off its cellphone business into AT&T Wireless, an independent company, which merged with Cingular in 2004. After trivestiture, AT&T acquired the cable TV operations of TCI Corporation and MediaOne, making it the largest cable operator in the U.S. In 2002, the company sold its cable business to Comcast.

In 2005, AT&T was acquired by SBC, itself a merger of some of the original AT&T operating companies. SBC changed its name to AT&T Inc. (from AT&T Corporation). AT&T also regained the cellphone business it spun off a few years earlier because Cingular was owned by SBC. After 20 years, the father was absorbed by several of its sons. A year later in 2006, BellSouth was acquired, making AT&T the largest regional carrier once again. In 2015, it acquired the DirecTV satellite TV service. 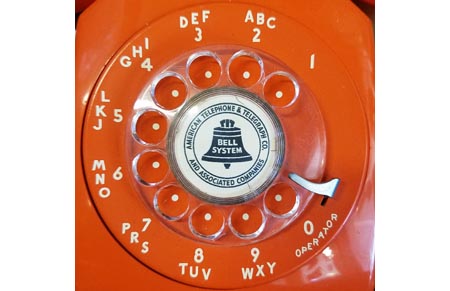 Throughout most of the 20th century, AT&T was part of the Bell Telephone Company.