(Artificial Intelligence roBOt) A battery-operated robotic dog from Sony that behaves like a living animal, learning and growing through experience. Capable of autonomous behavior, AIBO understands voice commands, and it simulates instincts and feelings with sound and action. Over the years, many owners grew quite attached to their AIBOs, treating them as if they were live animals, especially in Japan, where the word aibo (pronounced "eye-bo") means companion.

Sold Out in 20 Minutes, But Later Dropped
In June 1999, the first batch of 3,000 AIBOs sold out in 20 minutes over the Internet at USD $2,500 each. By 2003, third-generation AIBOs were released at $1,599 with wireless connectivity, touch-sensor technology, voice and facial recognition and the ability to "raise it" from a puppy. In 2006, despite sales of more than 150,000 units, Sony canceled the line, citing its lack of mainstream appeal. The company said the technology would be put to use in future products.

A Resurrection and More AI
Revitalized and looking like a real puppy dog, Aibo made a comeback at the end of 2017. In order for Aibo to act more like a companion, it receives new instructions from the Sony cloud after embedded cameras observe the owner's habits and upload the data for analysis. See social robot and AI. 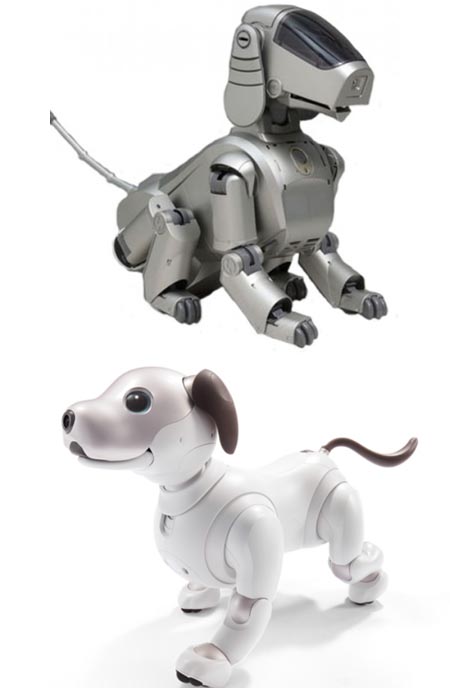